Low vision can lead to econimical and social problems in the developing countries. The visually impaired would have been helped enormously by having the right glasses. But most people don’t have the means for a thorough eye examination and the right glasses. This also applies to the Ndegeya community. 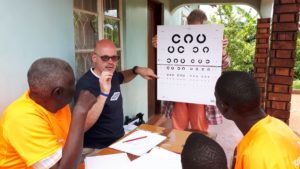 In 2017 optometrist mr te Kiefte and his wife offered to start a simple eyecare program for the people in Ndegeya.
During their visit to Uganda they trained a very motivated young man (Michael) from the village to do simple eyemeasurements. Since then mr te Kiefte guides and supports him from a distance. Michael sends his findings to mr te Kiefte, he prepares the glasses and sends them back to Uganda. In the meantime many people have been given the correct glasses and a whole new world opened up for them, literally!
Michael can also detect small eye defects and refers them to the local hospital. Also attention is paid to the prevention of eye problems. Many people damage their eyes due to bright sunlight. Wearing good sunglasses will prevent these problems. 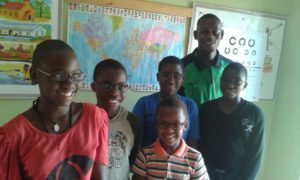 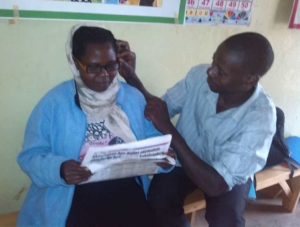 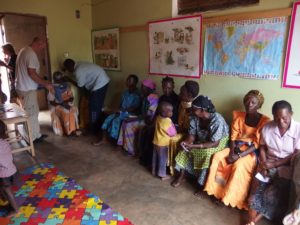 Visit of the optometrist te Kiefte

In October optometrist Derk Jan te Kiefte and his wife Christine went to Ndegeya again to continue the eye care project which they set up two years ago. [...]

For children it is very important to be able to see well. Especially for the children in Uganda as they have no schoolbooks and have to copy texts from [...]