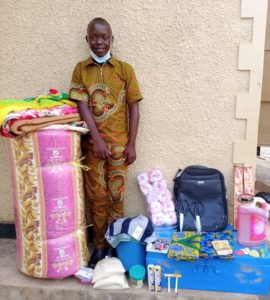 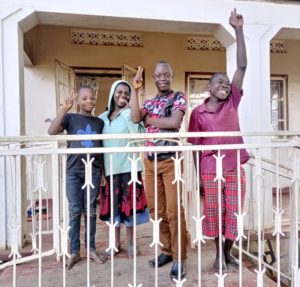 You may remember the story of Owen: a boy with Down syndrome, who came our way in 2014. Apollo found him in a shed. His mother was ashamed of him, because children with disabilities in Uganda are seen as inferior.

Apollo invited Owen to play at Joanne’s Library & Reading Club to help him break out of his isolation and interact with other kids. It turned out to be a hit: Owen had a great time at Joanne’s Library, he enjoyed playing with other children, but he also appeared to be eager to learn. He loved to ‘read’ books and Innocent has therefore read and worked with him a lot.

A year later, Owen was already able to attend a regular primary school. He was very proud of his school uniform and was able to participate in the classroom quite well in the early years. But lately it became more and more clear that he was reaching his limits. He could no longer keep up with the pace and the subject matter was also beyond him. He lost touch with his classmates and was no longer happy.

That’s why we looked for another solution for Owen. And luckily we found it at Smiling Hearts: an organization where adolescents with a disability, after an assessment of their possibilities, can go to learn a trade in order to support themselves later on. They live internally. This offers wonderful opportunities for children who would otherwise have no chance in a country like Uganda.

Owen has had an introductory meeting and an assessment to see where his interests and possibilities lie. That conversation and the assessment went very well and Owen was allowed to start at Smiling Hearts. He is very happy with it and has already made new friends there in a short time. The plan is to teach him how to sew so that he can perhaps work as a tailor in due course.

We are pleased that Owen is now in such a good place, where he will have more opportunities for his future. 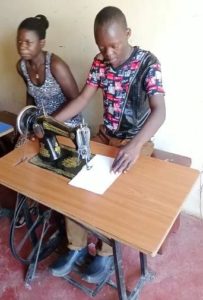